macOS Bigsur Public Beta now available for download, which is named after a mountainous region in coastal California. Big Sur is said to be a significant redesign of the desktop operating system, it is biggest since the introduction of OS X- probably the reason for jumping from version v10.16 to v11.0. It also offers several improvements in in-house Apps, Safari, etc.

According to Craig Federighi “macOS Big Sur is a major update that advances the legendary combination of the power of UNIX with the ease of use of the Mac, and delivers our biggest update to design in more than a decade”.

macOS Big Sur will be available as a free software upgrade in eligible Mac machines. It will be available from today for the first developer beta and for the public beta it will be released in July. Here are the lists of compatible Mac models that will support the new desktop OS:

According to Apple, macOS Bigsur is the biggest overhaul since the introduction of OS X in 2001. Big Sur brings a major redesign to how macOS looks compared to Cataline (v10.15). There are many changes that have been made, from the shape of windows to various colors and transparencies. Now the Dock features redesigned icons to unify their design language with the rest of the Apple ecosystem. The menu bar has been improved in macOS Big Sur, Apple says. Buttons and other controls will get hidden when not needed, and become visible when required.

Safari – Apple’s Web browser – has been redesigned for macOS 11.0 Big Sur, with one of the biggest changes coming to tabs. With the latest version of Safari for macOS, Apple says users will be able to see more tabs on screen, and easily identify tabs with respective icons of the website (favicons). Safari also gets a new Privacy Report feature to show every cross-site tracker being blocked. There are also performance and power efficiency improvements in the latest Safari, Apple says. Users will also be able to import passwords and settings from Chrome, while there is a new password monitoring system.

As for Messages on macOS Bigsur, Apple has added features like message pinning, a new and improved search function, message effects, customizable Memoji stickers, a new photo picker, mentions, as well as a new group messaging features including inline replies and group photos. Big Sur brings new tools such as Guides, 360-degree perspective in look around as well as the ability to route maps on the maps on the Mac and send them to iPhone when the user wants.

With its modern and clean look, huge improvements to key apps including Safari, Messages, and Maps, and new privacy features, we think everyone is going to love the breakthrough experience that macOS Big Sur offers. 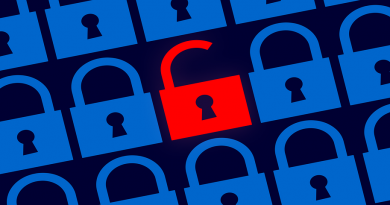 RedmiBook Air 13 with 10th-Gen i5 processor