China wants to introduce a digital yuan called e-RMB in 2022. People moving to China in 2022 may have to shop or transact in the new digital currency here.

It will be a currency that cannot be seen, nor will it be held in the hand like other notes. This is not a fantasy.

At a time when all countries of the world were struggling with the coronavirus infection,

China was embarking on a pilot project on the digital yuan currency.

A portion of the government employees’ salaries in the project will be paid in digital yuan.

Twenty different private businesses such as McDonald’s and Starbucks have also participated in the project.

If successful, the Chinese government will be able to issue the digital currency nationwide by the time of the 2022 Winter Olympics.

However, this will be done in a phased manner and may take a few years.

In fact, work on the project began in 2014. China is working very hard to implement it.

The growing trade war with the United States, repeated allegations by the United States and the West about the coronavirus, and Facebook’s plans to launch a digital currency called Libra this year.

The advent of digital yuan seen as an event that could change the existing balance of the world. It is part of China’s ambitious project to end US influence and emerge as a powerful country in the 21st century.

According to experts, its successful use could lead to the emergence of a new political and economic system in 10-15 years.

“India and the United States are also developing their own digital currencies, Lakshmi and Digital Dollars, respectively. But so far this is far from reality. ‘

The US dollar versus digital currency is now far behind the Chinese ‘Dragon’ and the Indian ‘Lakshmi’. But experts say it also threatens the dollar, the world’s largest monarch. Digital war

According to experts, the US Federal Reserve’s multi-billion dollar debt overvalued. A new currency is definitely welcome. But its global acceptance will take a long time.

The digital yuan is a big step towards bridging the gap with the US dollar.

The US dollar currently the most widely used currency in the world, beginning with the end of the gold standard in the early 1970s.

According to experts, the growing anti-globalization environment is becoming a threat to the dollar due to the trade war between the US and China and the Corona epidemic. However, this change will take time as there is no immediate alternative.

The current value of the US dollar also gauges from the fact that in 2019, the US dollar accounted for about 90 percent of international monetary transactions.

By comparison, the Chinese yuan accounts for only 2 percent of global payments and reserves.

On the other hand, the US dollar accounts for 60 percent of the world’s foreign exchange reserves. Interestingly, there are even three trillion dollars in US currency in China’s coffers.
China can use it in various ways, from which it will grow.

China could also use the currency to provide incentives to other countries for geopolitical benefits and to invest in countries involved in the Belt and Road project from Central Asia to the Arctic.

Due to the influence of the US dollar and its importance, the United States has been able to maintain its dominance in world political and economic affairs.

Its sanctions against Iran, Russia, North Korea, and some other countries, for example, have made possible by international trade and banks’ reliance on the US dollar.

The German bank released a report in January stating that the Chinese digital currency could upset the world’s balance of power.

The report said, “China is working on the digital currency with the help of its central bank, which it can use as a soft or hard power tool.” If companies doing business in China are forced to use digital yuan, it will certainly destroy the dominance of the dollar in global financial markets.

Of course, digital yuan and similar digital currencies cannot completely eliminate notes. But it can also lead to the end of third parties, such as credit cards. Digital war

According to a report by the German national bank Deutsche Bank.

Facebook has nearly 2.5 billion users, a third of the world’s population. Similarly, China has a population of 1.4 billion. So both Facebook and China have the potential to push digital currency into the mainstream.

Due to which it will be accepted and trust will increase.

However, all other digital currencies are decentralized and do not fall under the purview of any regulatory authority.

But as America’s power in the world dwindles, another power will take its place. Now China is far ahead in that race.

Data hacking, Cybersecurity and ways to avoid it

Realme Narzo 10: The phone you never heard about 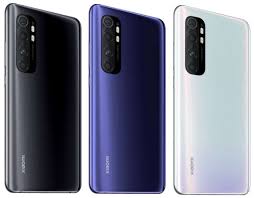 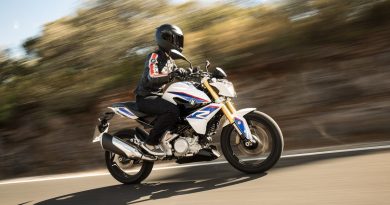 One thought on “China is bringing digital currency, alarm bells for the US dollar – Digital war”

Google is forcing users to upgrade their old Android smartphones. The company is soon going to end support for its