As you know, Apple has announced its new products on their website. As per Apple, The new iPad Pro 2020 will be available for sales after this week. This year Apple has launched two new iPad Pro models, which are iPad pro11 and iPad Pro 12.9 adding in a more powerful, more functional magic keyboard.

The new iPad Pro 2020 models were announced on March 18, and you’re able to order them from today on Apple’s online store. Apple has closed its physical stores for the foreseeable future owing to the Covid-19 outbreak.

The new iPad Pro 2020 comes with edge-to-edge Liquid Retina display which is not only gorgeous and immersive but also features incredibly advanced technologies, like ProMotion, True Tone, and industry-leading color accuracy, which make everything feel responsive and look stunning, which also makes this combination of features make it the world’s most advanced mobile display.

It features the display of a 120 Hz refresh rate, which brings a quick refreshing display that makes gaming and scrolling through your social media feeds look smoother than on standard 90Hz and 60Hz screens that you’ll find on other devices.

The bottom edge of the tablet comes with a USB-C port, but there’s no 3.5mm headphone jack here for wired headsets. That’s something Apple dropped on the iPad Pro 2018, and it hasn’t made a return for this model.

Previously, iPad products have used iOS software but last year the company created its own software for the tablets to its own name. The functionality of the software is much the same but has some improvements which help in productivity.

The new iPad will feature iPadOS 13.4. You can expect software updates from Apple over the next couple of years too. iPadOS 13.4 specifically brings support to the trackpad for the operating system for the first time.

Apple says, “The cursor appears as a circle that highlights user interface elements, text fields and apps on the Home screen and Dock, giving a clear indication of what users can click on. Fluid gestures on the trackpad make it easy to switch between apps, access the app switcher, and activate the Dock, Control Center, and apps in Slide Over.”

The camera is where Apple seems to have mostly improved its new iPad. That isn’t a big focus for many people, but this is aimed at those who want to experience augmented reality experiences on their iPad.

For the first time, Apple has included two rear cameras on the iPad Pro with a 12MP f/1.8 wide camera while the other is a 10MP f/2.4 aperture ultra-wide.

There is also a new feature called a LiDAR(Light Detection And Ranging). A scanner that is designed for depth-sensing capabilities, which is meant to improve portrait in this new iPad pro but sadly, it is specifically used for AR (Augmented Reality) or relevant apps, which requires this LiDAR scanner the most.

The scanner is capable of measuring the distance of items up to 5 meters away. The cameras are able to film in 4K too, so you can film your footage and edit it directly on the new iPad pro.

The new iPad has not only one but five microphones in an attempt to record cleaner audio than on previous products. The microphones are of higher quality, we’ll require no extra microphones while recording. That’s the improvement.

The iPad pro-2020 has Apple’s new A12Z Bionic Chip inside, and while we’ve yet to be able to test it Apple’s claims on paper seem strong. The company says this chip is designed for demanding tasks like “editing 4K video or designing 3D models”.

Apple also claims the iPad Pro is now “more powerful than most Windows PC laptops”. We’ve yet to see the evidence to prove that claim. There are lots of storage options for the iPad Pro 2020, and both models have the same amount of variants. The lowest is 128GB, and in case if you need more there are three more options: 256GB, 512GB, and 1TB.

You have the choice of a Wi-Fi-only model or a cellular version which is just a 4G version, which won’t be able to connect to emerging 5G networks like the Samsung Galaxy Tab S6 5G. Maybe that’s for the iPad Pro 2021.

As expected, the second-gen Apple Pencil will work with the new iPad pro. All new iPad pros have USB-C connectors to charge itself.

There is a new keyboard from Apple, which has been calling the Magic Keyboard, which is also not new for old gen MacBook users. It has a specific hinge that hasn’t been included on previous accessories allowing for adjusted viewing angles up to 130 degrees and has its own USB-C port to allow you to charge the iPad and keep the other port open for accessories too.

The keys are backlit for the first time on an iPad keyboard, and the company calls it protective too. We assume that means it will protect the display when folded up in your bag. 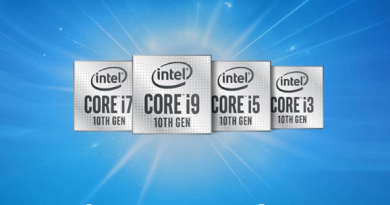 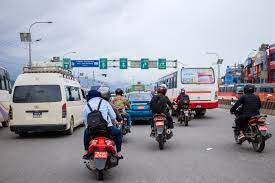 Bluebook and license renewal are now online, how to get the service?